Assistant Coach- Amanda Burke
I am originally from Philadelphia PA, where I attended a small school in NJ (Rider University) as a walk on and decided to train full time after I graduated. I trained for the 2012 and 2016 Olympics.  I am a 2x national champion, on the national team 4 years, 2016 Olympic performance squad member, 2013 world team member and finalist (3m synchro) 2 x Olympic trials finalist.  I moved to Phoenix in February and love coaching and miss diving!  Away from the pool, I am a personal trainer.

Head Coach- Lauren Thiel
​Coach Lauren Thiel, or Coach Lo, has been coaching in Mesa, AZ since 2006.  Starting with City of Mesa Parks and Recreation, then at Red Mountain High School.  When Skyline pool opened in 2011 she began coaching a satellite group of the Mesa Aquatics program.  After the program grew and began to have newly found success in helping athletes qualify for national competition, she opened the East Valley Dive Club as a private club to help divers continue down the road of success.  She coaches the Elite and Red teams primarily, as well as the platform practice.  Her divers have been able to compete nationally and go on to the collegiate level at schools such as Boston University, BYU, SDSU and many more.  She believes everyone can have their own success in this sport through an environment of structure and laughter.  When she is not at the pool she enjoys watching UFC and taking care of her two dogs, Gannicus and Saxa. 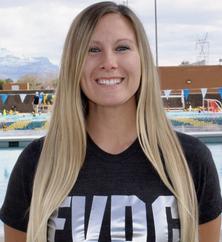 Assistant Coach- Laura Citro
Laura Citro will be joining the EVDC family coming to us from Milwaukee, Wisconsin. Her diving career began in high school where she was a 4 time state qualifier. She starting diving club for Schroeder Dive Team her junior year, where she had qualified for AAU & YMCA Nationals. Then going on to compete for Minnesota State, Mankato and as a Freshman qualified for Division 2 NCAA Championships. Her college career unfortunately ended early due to a knee injury but has been involved with diving as much as possible since. Back in Wisconsin, coaching multiple high schools and leading many divers to reach the WIAA State Meet and having divers continue on to compete at the college level. Being able to help divers reach their goals on and off the board showing her true passion for the sport, she was nominated for the WIAA coach of the year for the 2014/2015 season. After 6 years of coaching multiple levels and ages, diving has become so much more than just a sport…it’s a part of life. 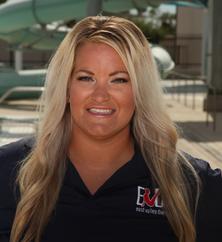 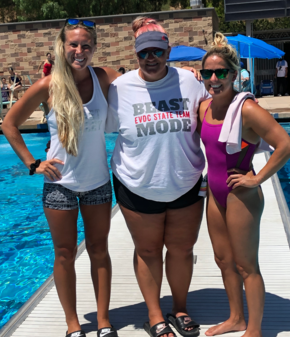 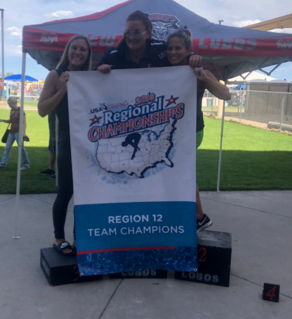 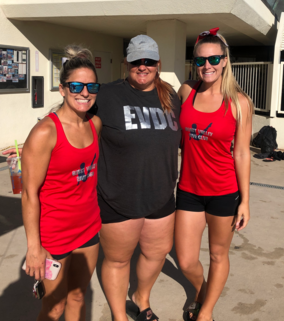 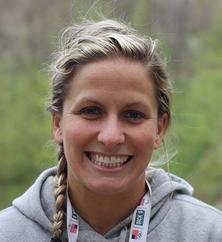